Today, Wednesday 16th October, we concentrated on things to be seen in the reasonably local area. It would have been local if Nuvi hadn’t a mind of her own and sent us on several wild goose chases! First stop was San Galgano Abbey. The Abbey is in Gothic style and was built between 1218 and 1288 by the Cistercian monks. It’s the first gothic church built in Tuscany. It was built here because the Cistercian monks used to build their monasteries close to rivers - in this case the Merse - where woods. Marshlands and plains could be cultivated, and along important thoroughfares - in this case Maremma. Some important men formed the monastic community of San Galgano but first the famine of 1329 and then the plague of 1348 hit the community badly. Afterwards the Abbey lands were devastated by mercenary bandits and at the end of the 15th century the monks moved to Siena. In 1786, lightning struck the bell tower which collapsed onto the roof of the Abbey. The church was deconsecrated in 1789. 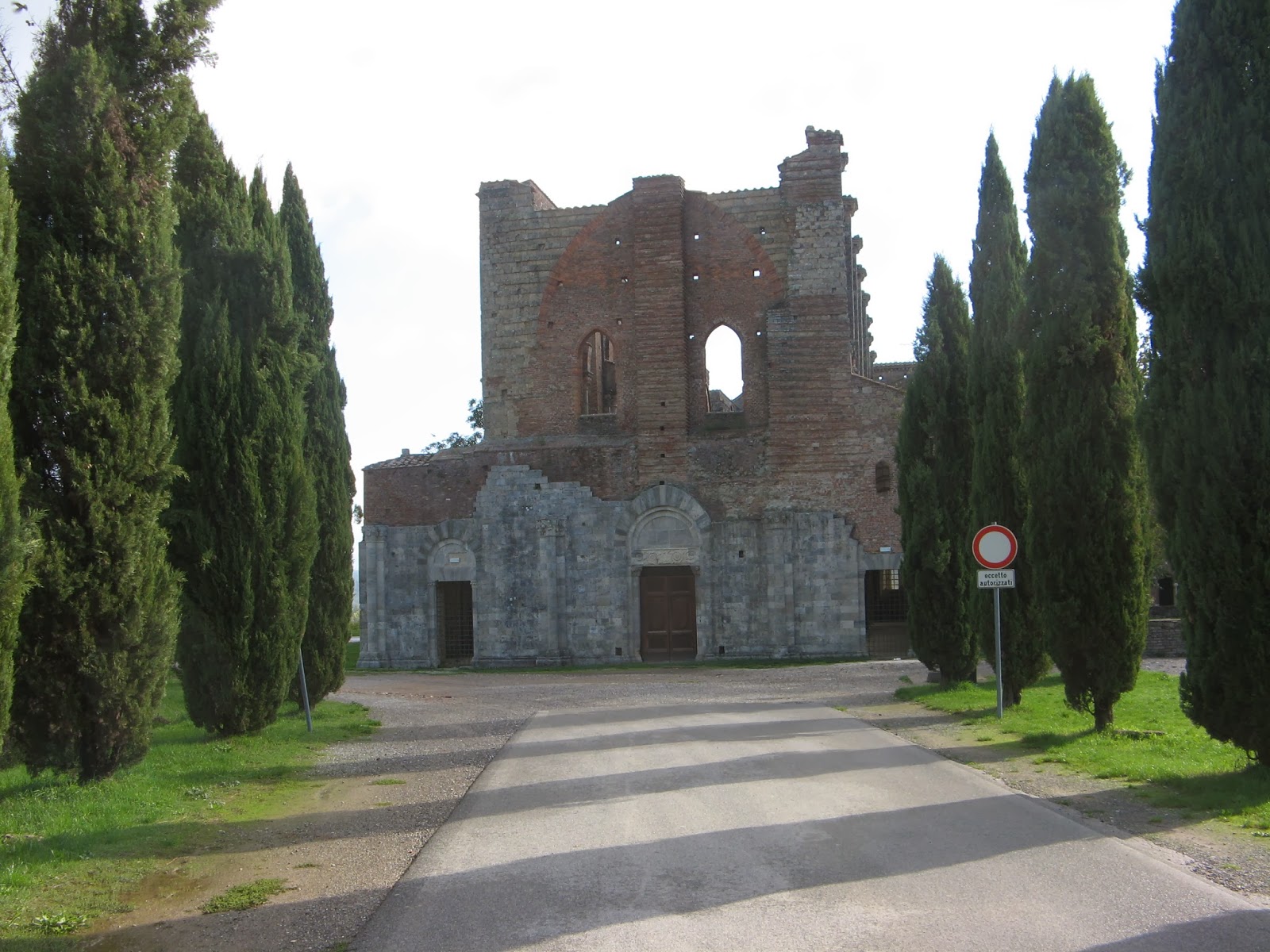 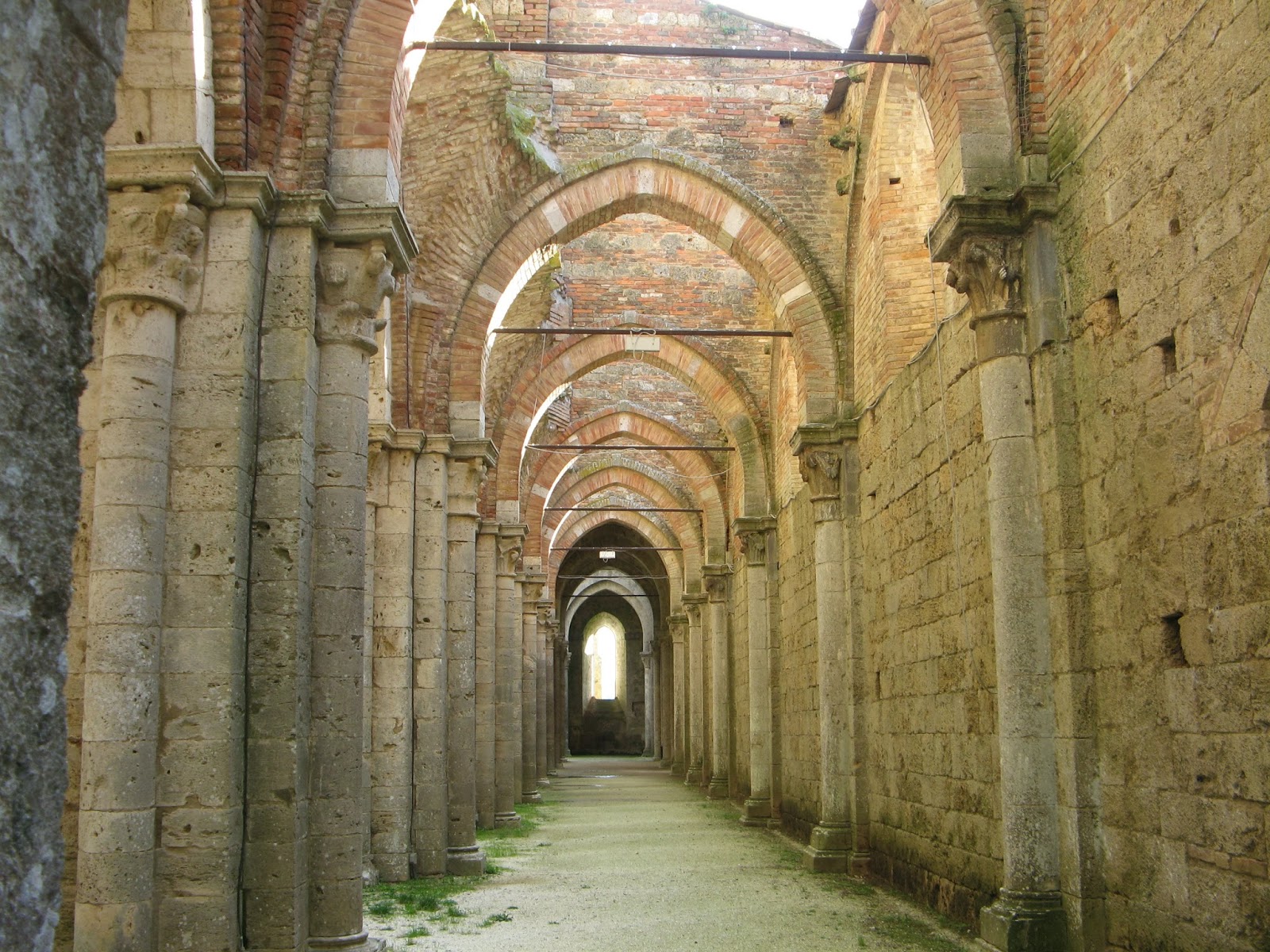 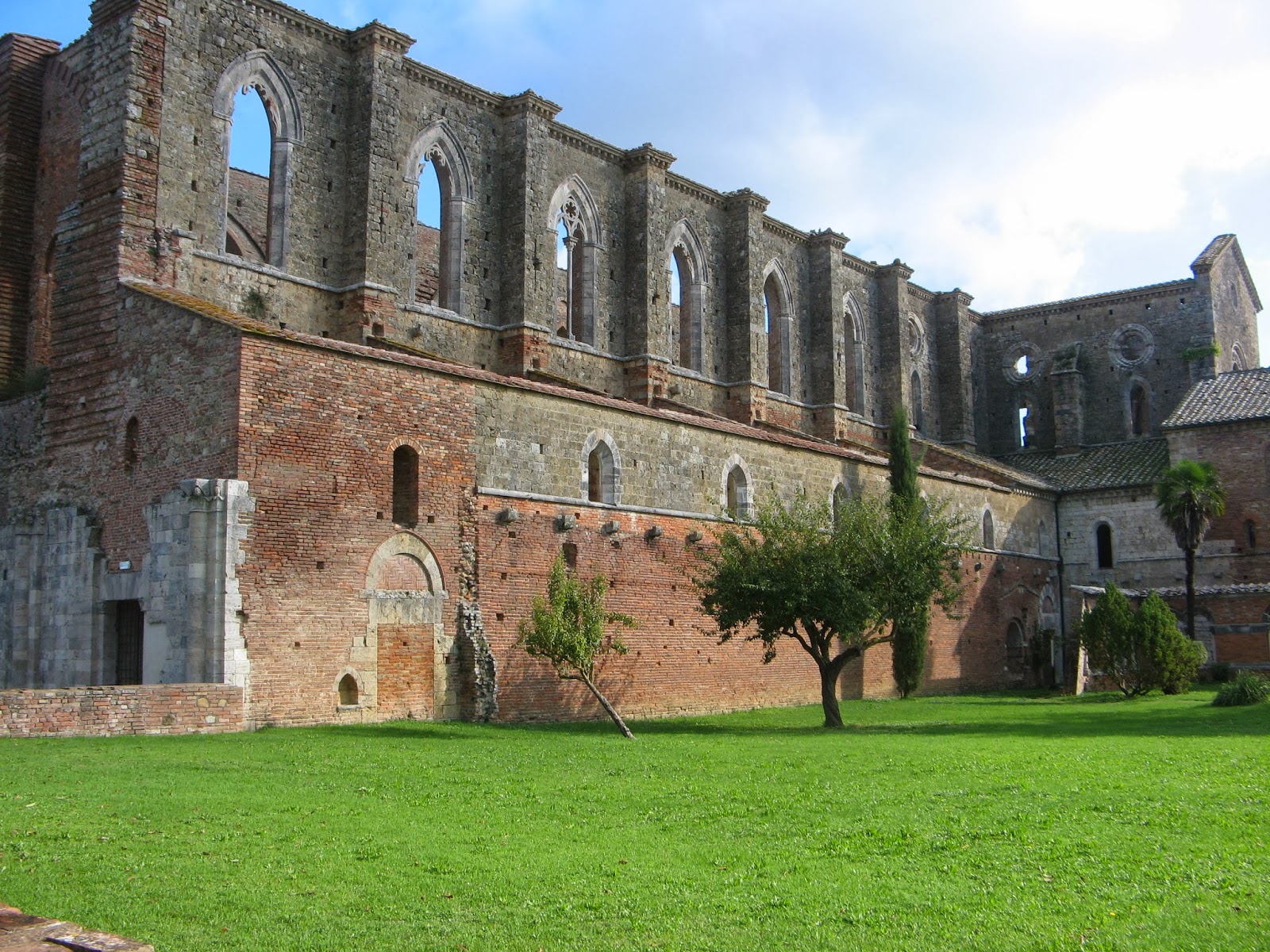 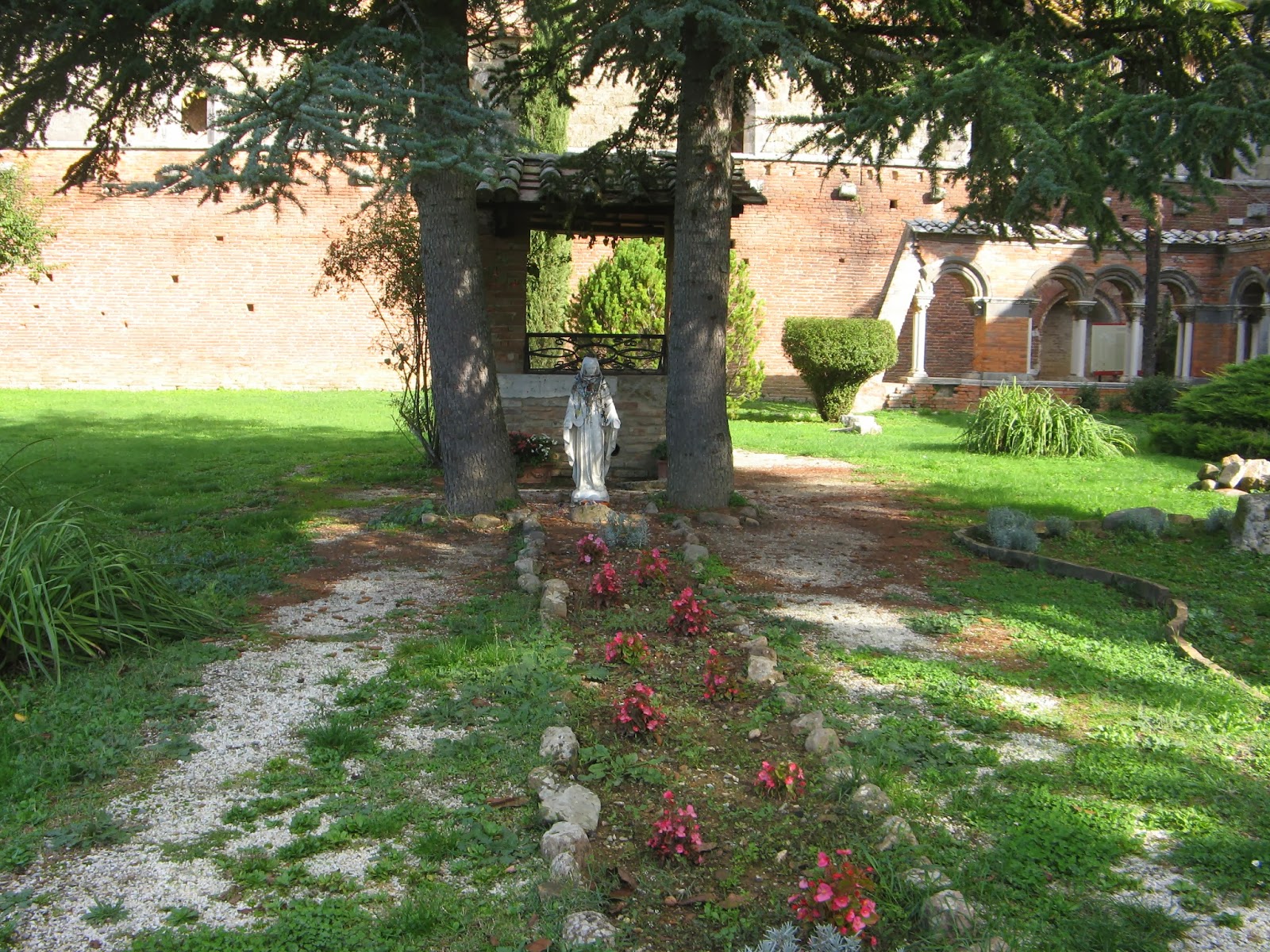 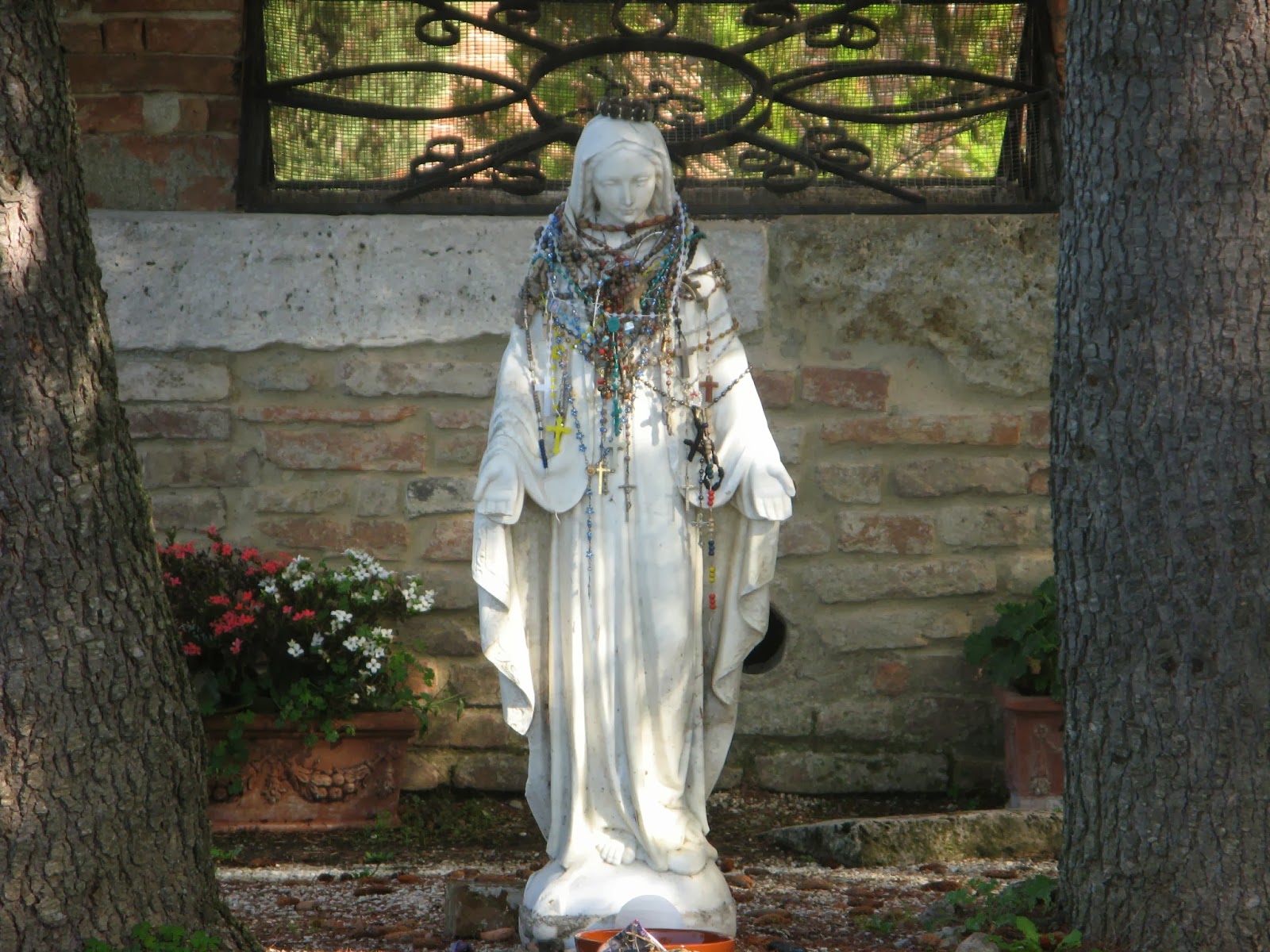 A sort of grotto. The Virgin has lots of rosary beads around her neck - obviously as petitions. 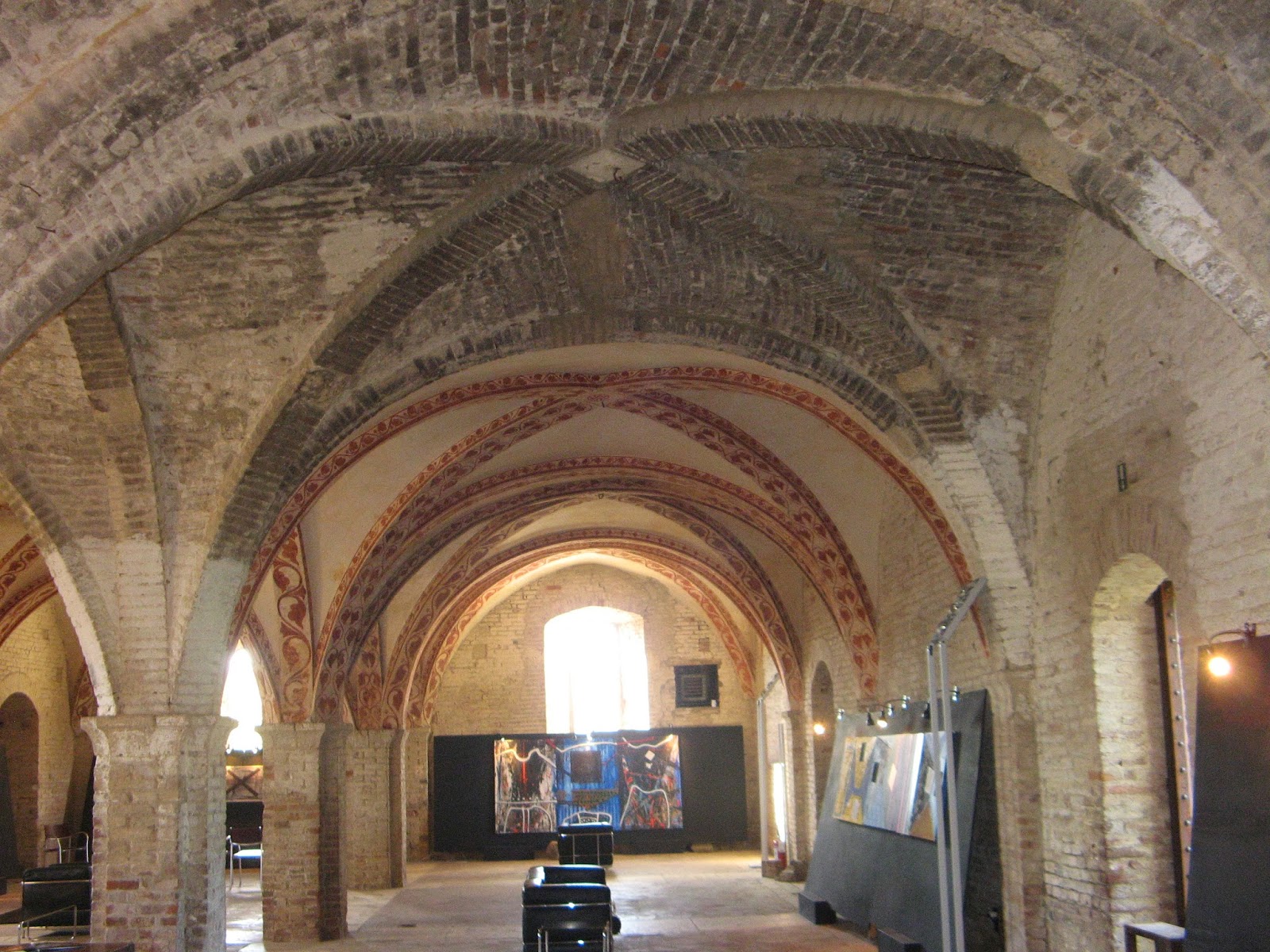 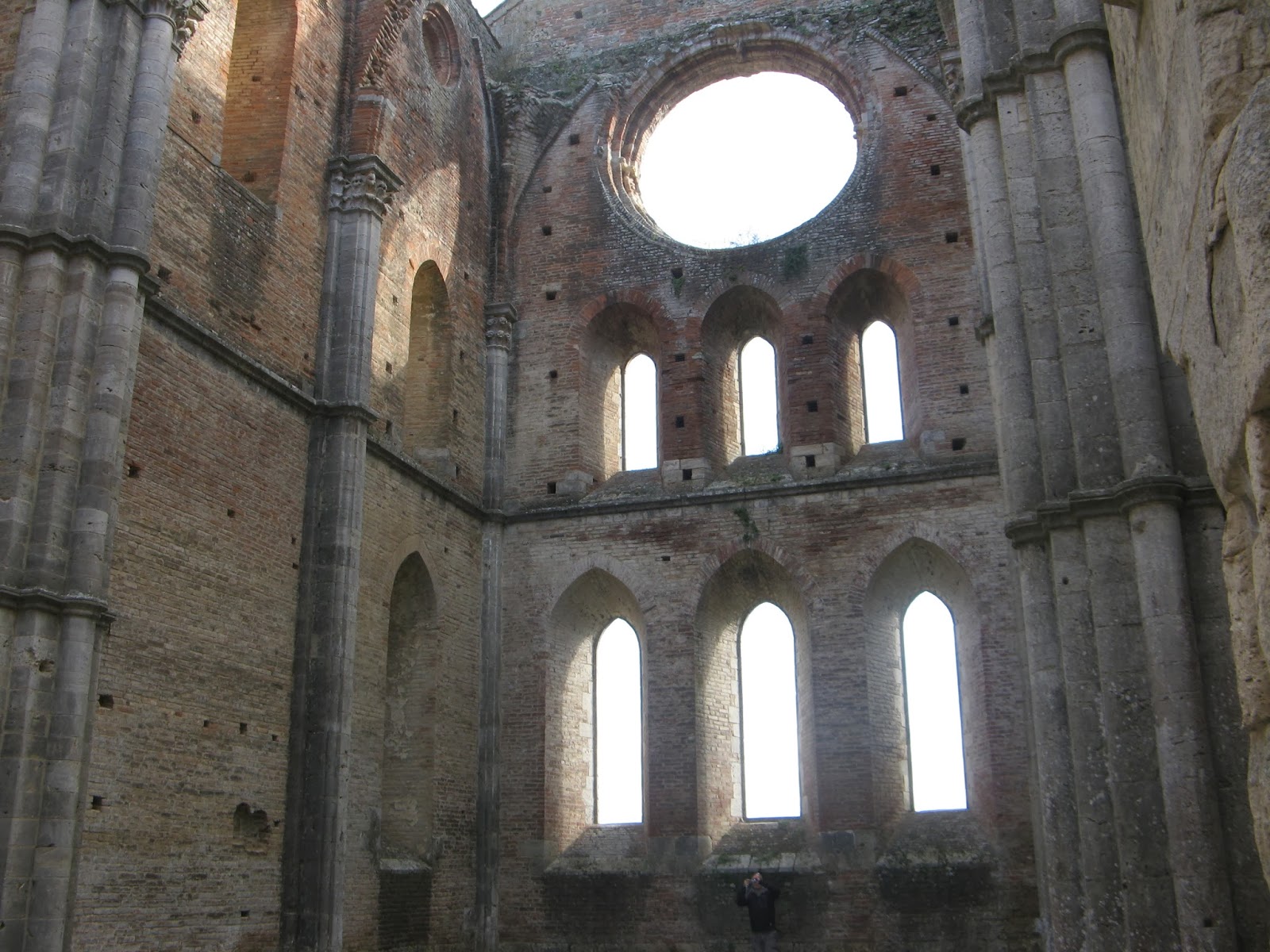 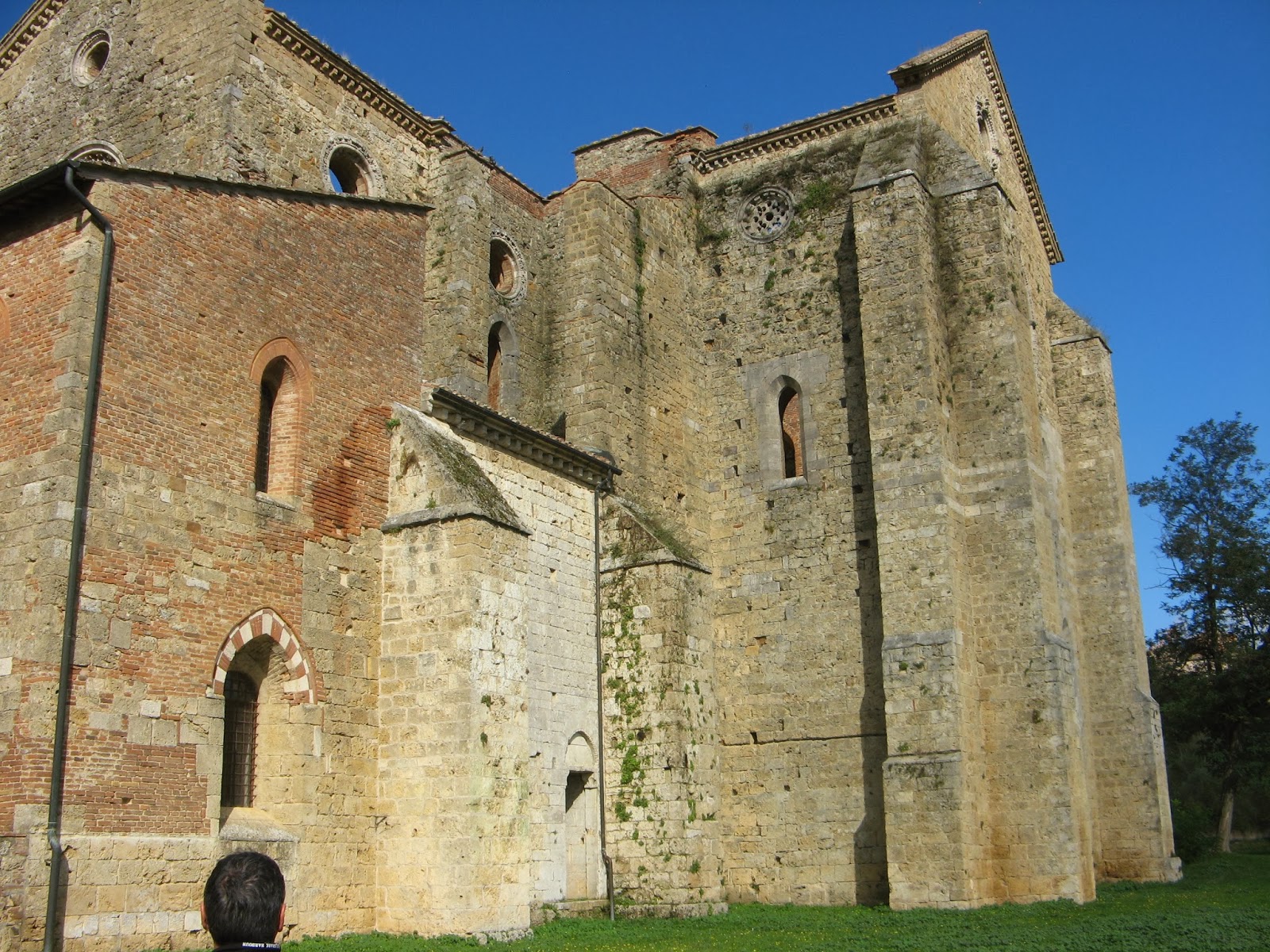 From the San Galgano Abbey it is a 10 minute walk uphill over rough ground to the Hermitage of Monte Siepi. The Chapel has a round base and was built between 1181 and 1185 on the hill where San Galgano (1148-1181) had retired to live as a hermit. At the centre of the Chapel there’s the rock in which Galgano, who was a knight from Chiusdino, embedded his own sword as a symbol of peace, of giving up arms and beginning a new life in faith. In the 14th century a rectangular Chapel was added and later frescoed by the Sienese painter Ambrogio Lorenzetti. 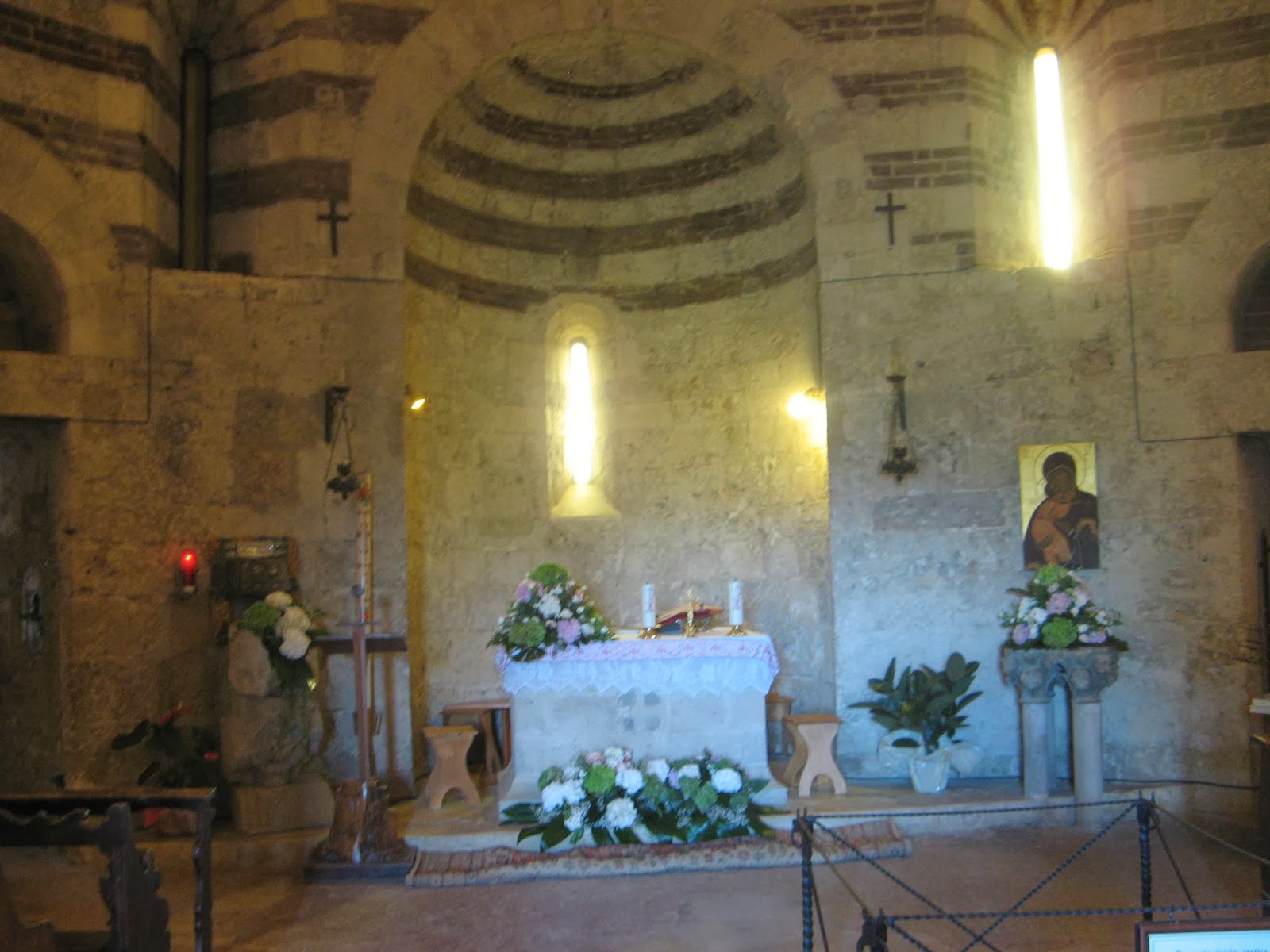 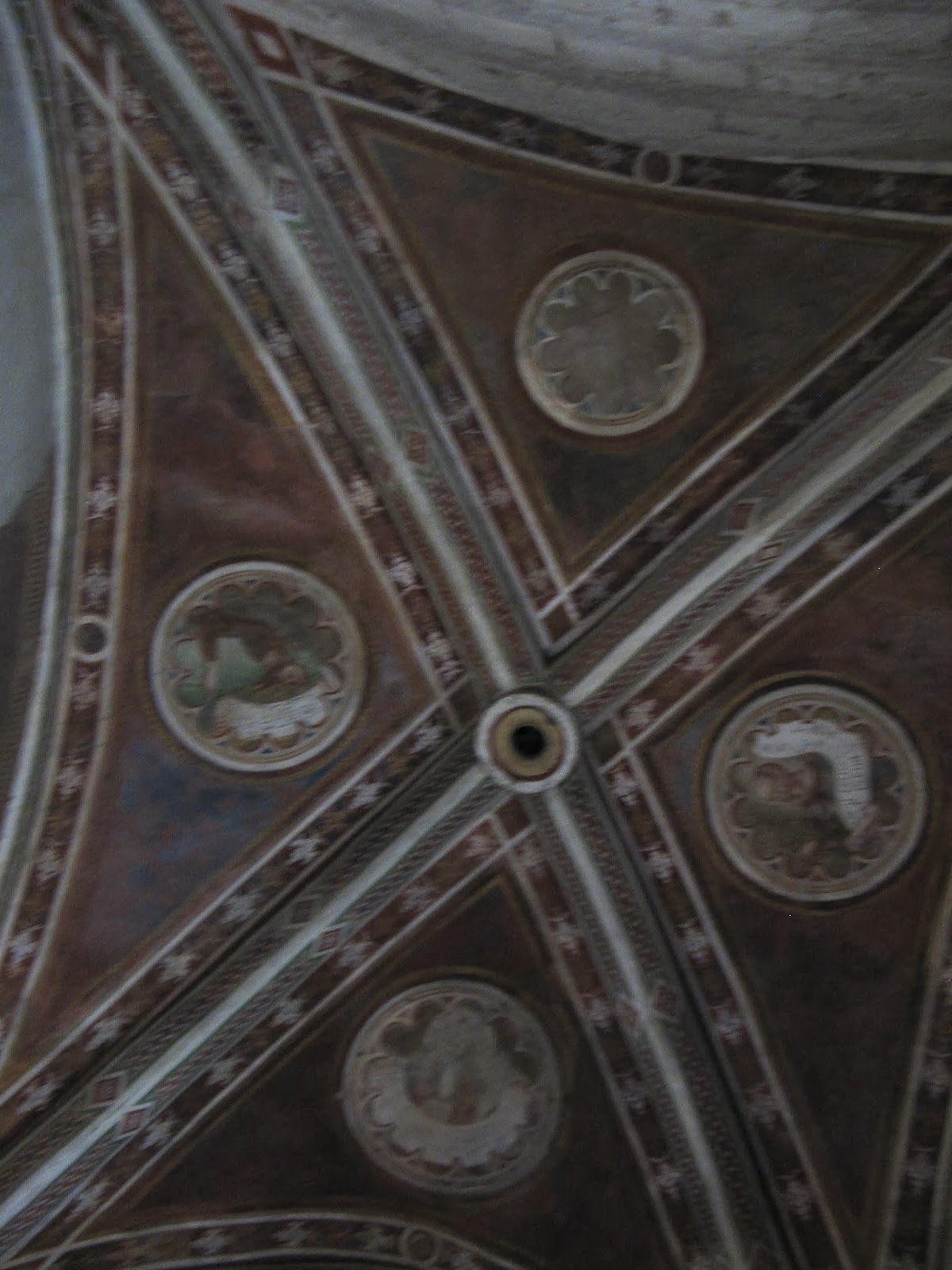 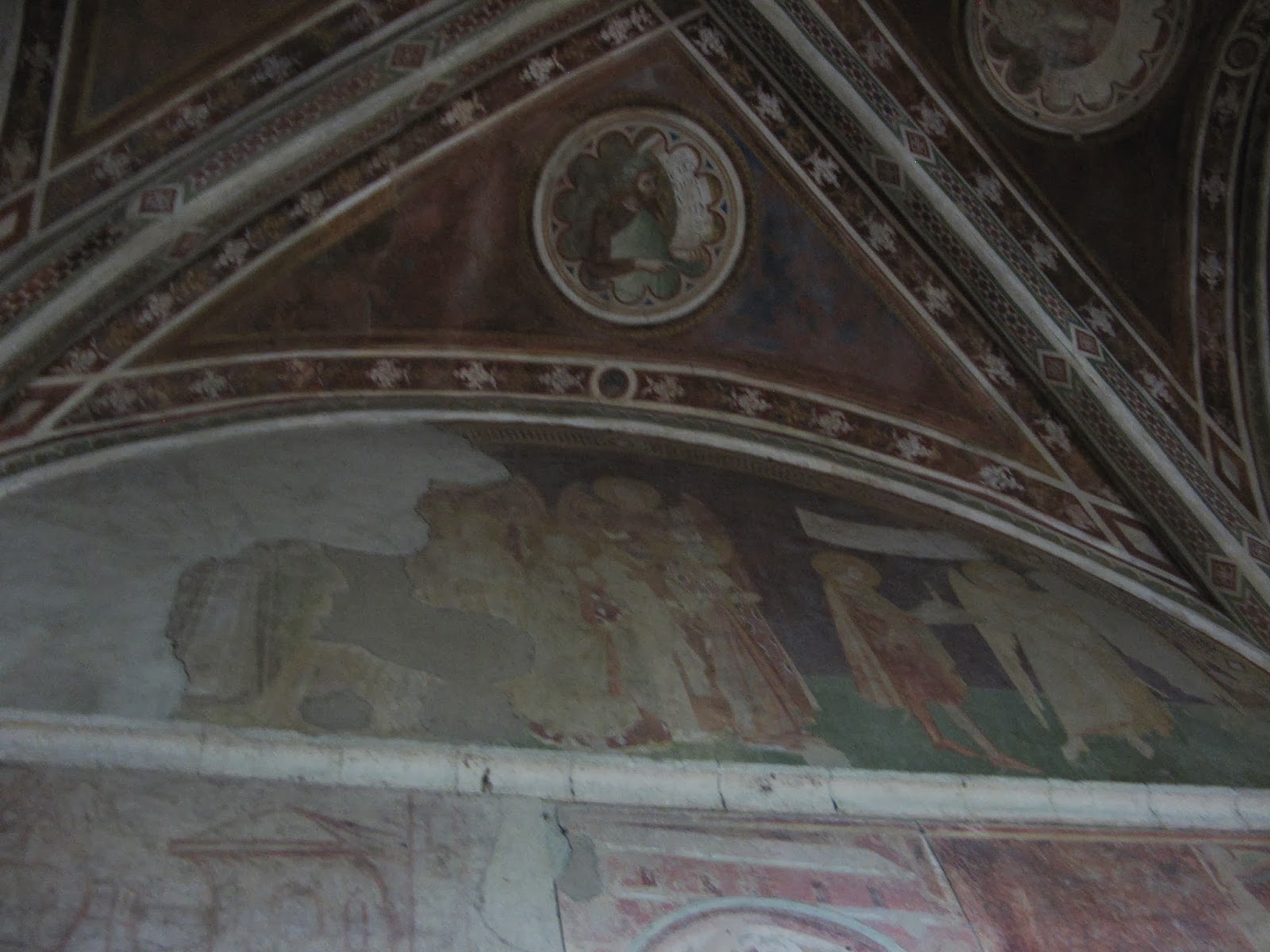 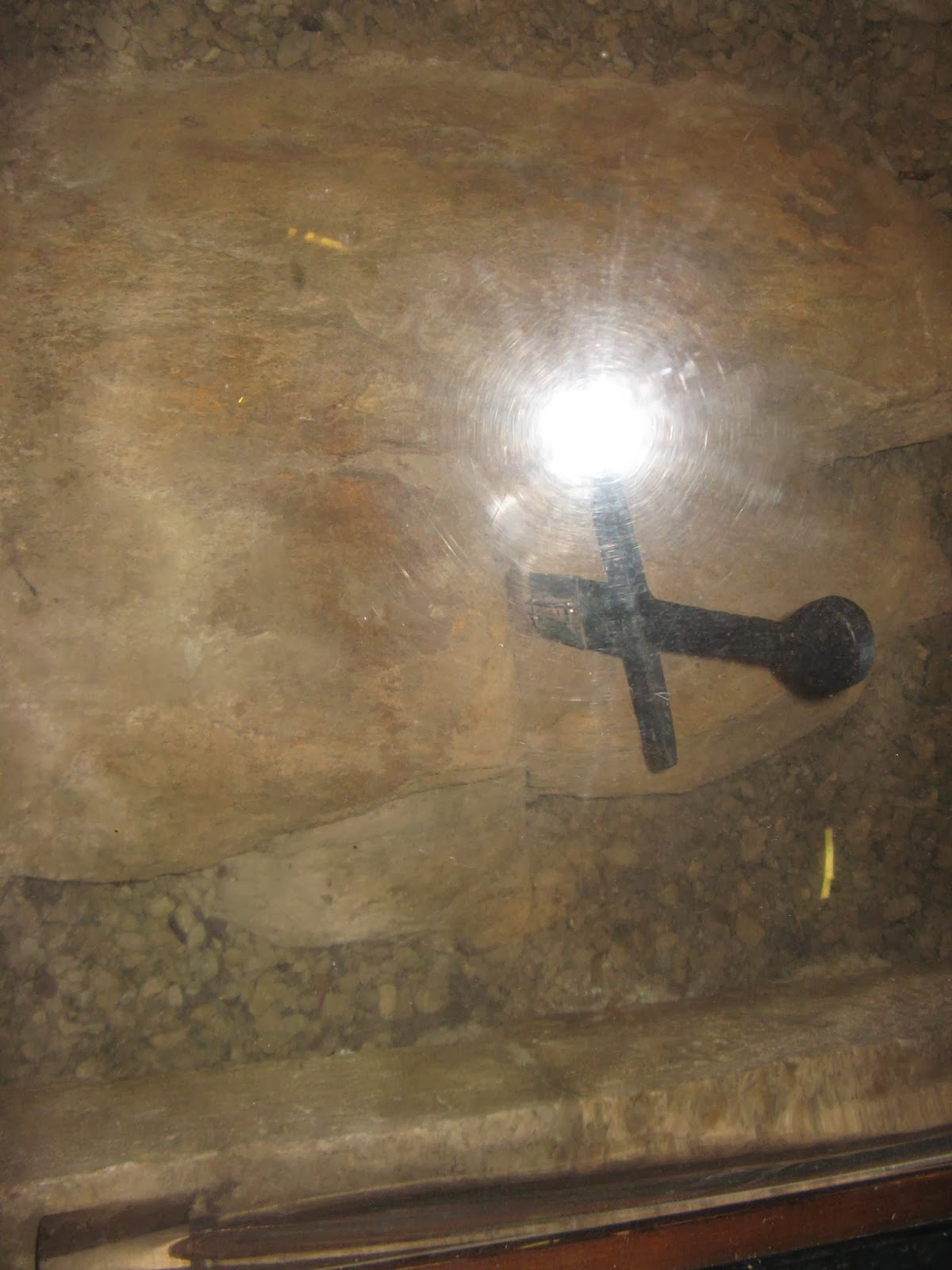 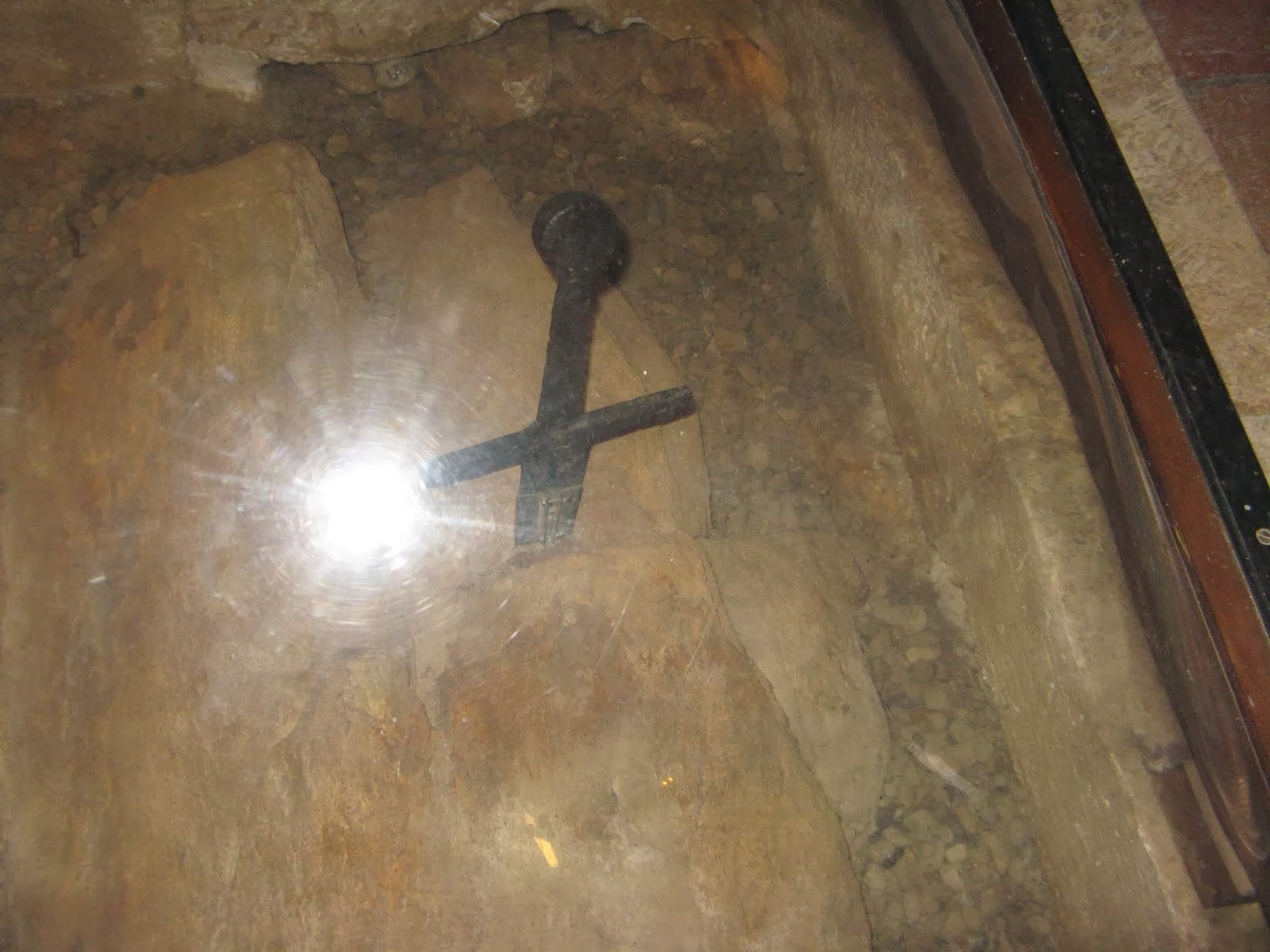 The sword in the stone. 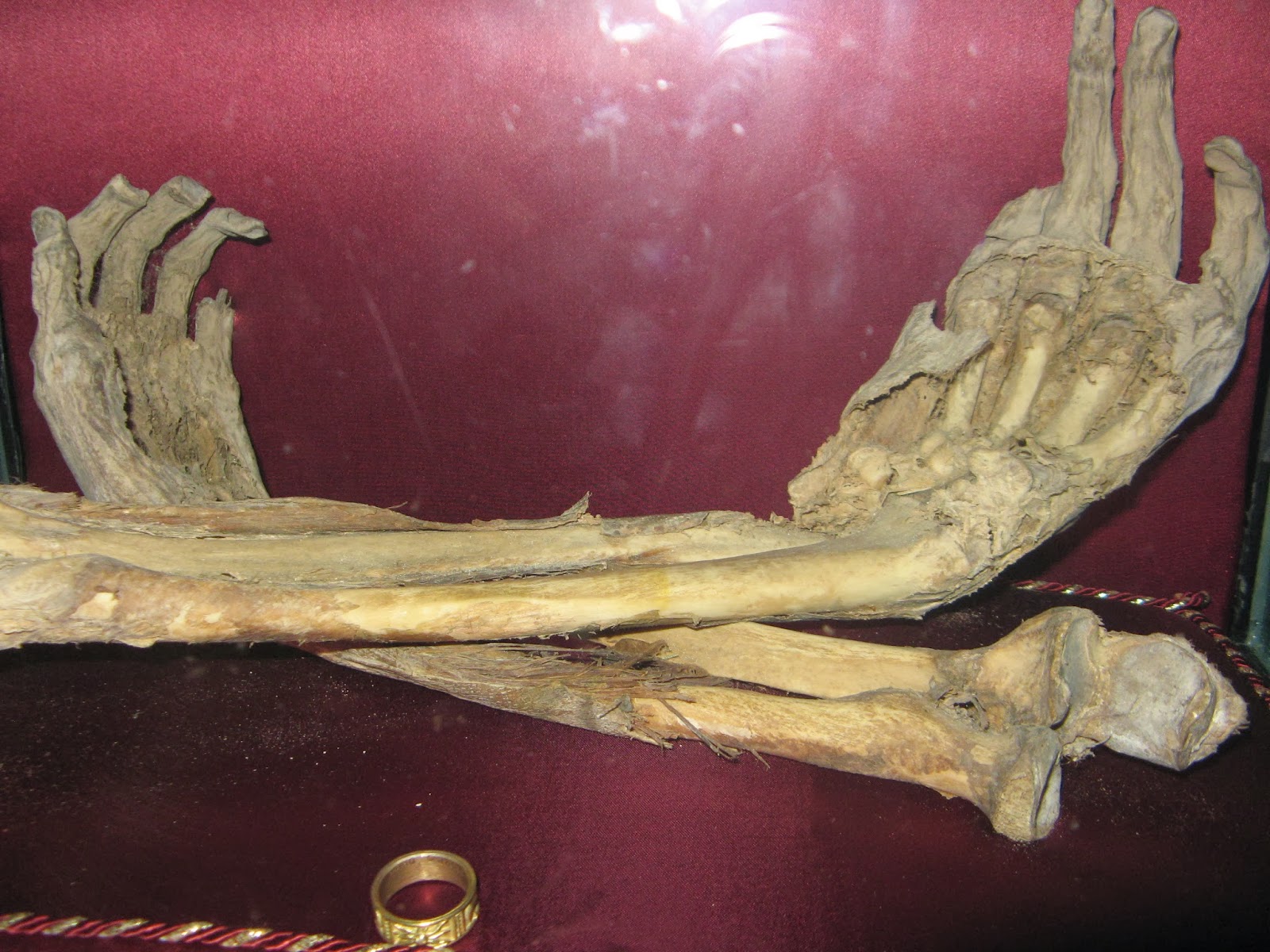 According to tradition these are the bones of one of three “envious men” who tried to remove the sword from the stone while Galgano was absent. His arms were later torn off by a wolf, friend of San Galgano. During scientific investigations in 2001 using carbon 14 method the remains have been dated to the 12th century contemporary with San Galgano so the story could be true! 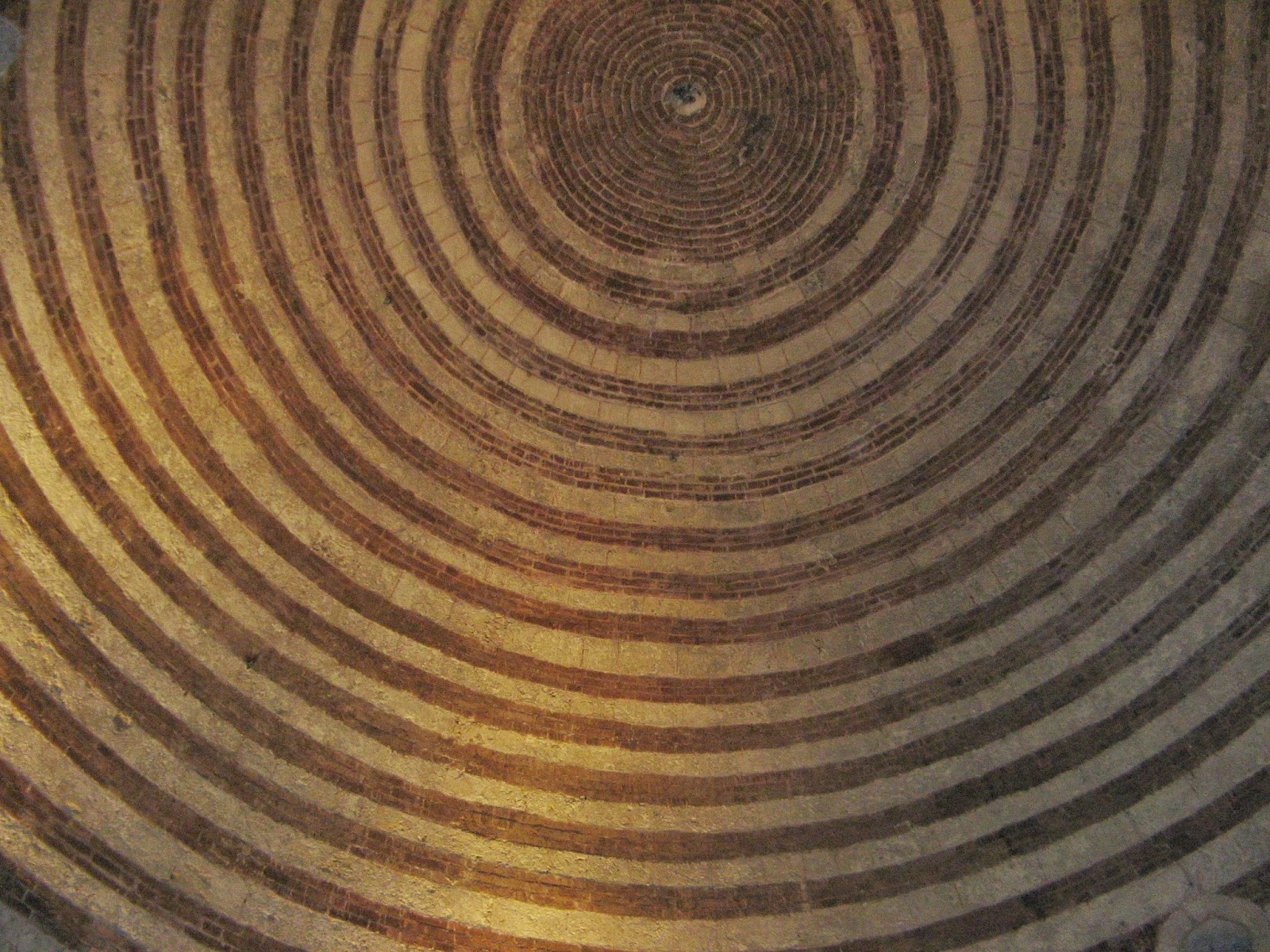 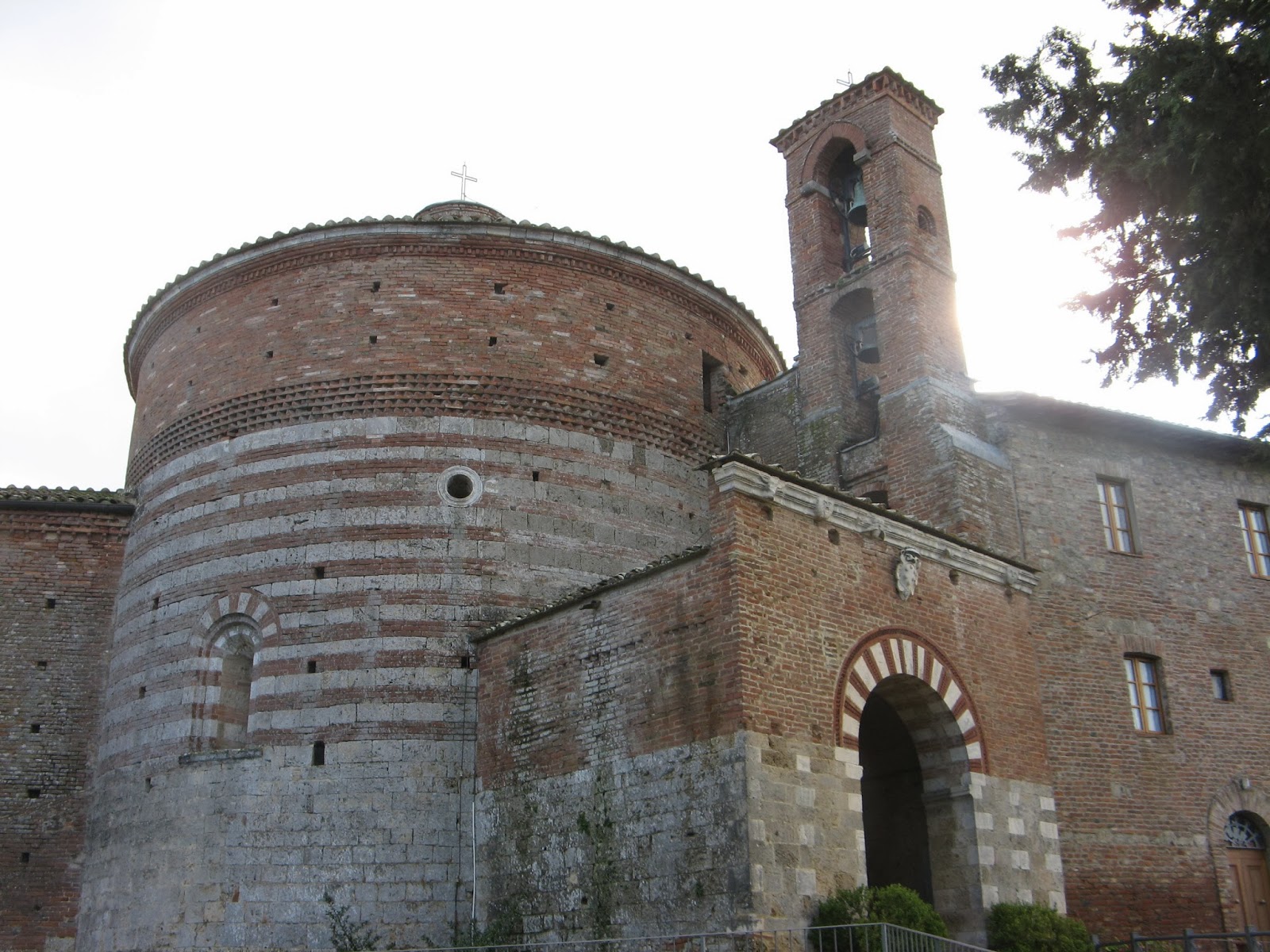 Another “local” attraction is the Bagni di Petriolo but Nuvi did not consider it local and sent us miles out of our way. But we persisted and finally arrived at our destination an area of natural hot springs (one of many in this area it seems). Our arrival was signalled by the distinct sulphurous aroma. Neither of us had any intention to take to the waters but were satisfied with a view and some photos. 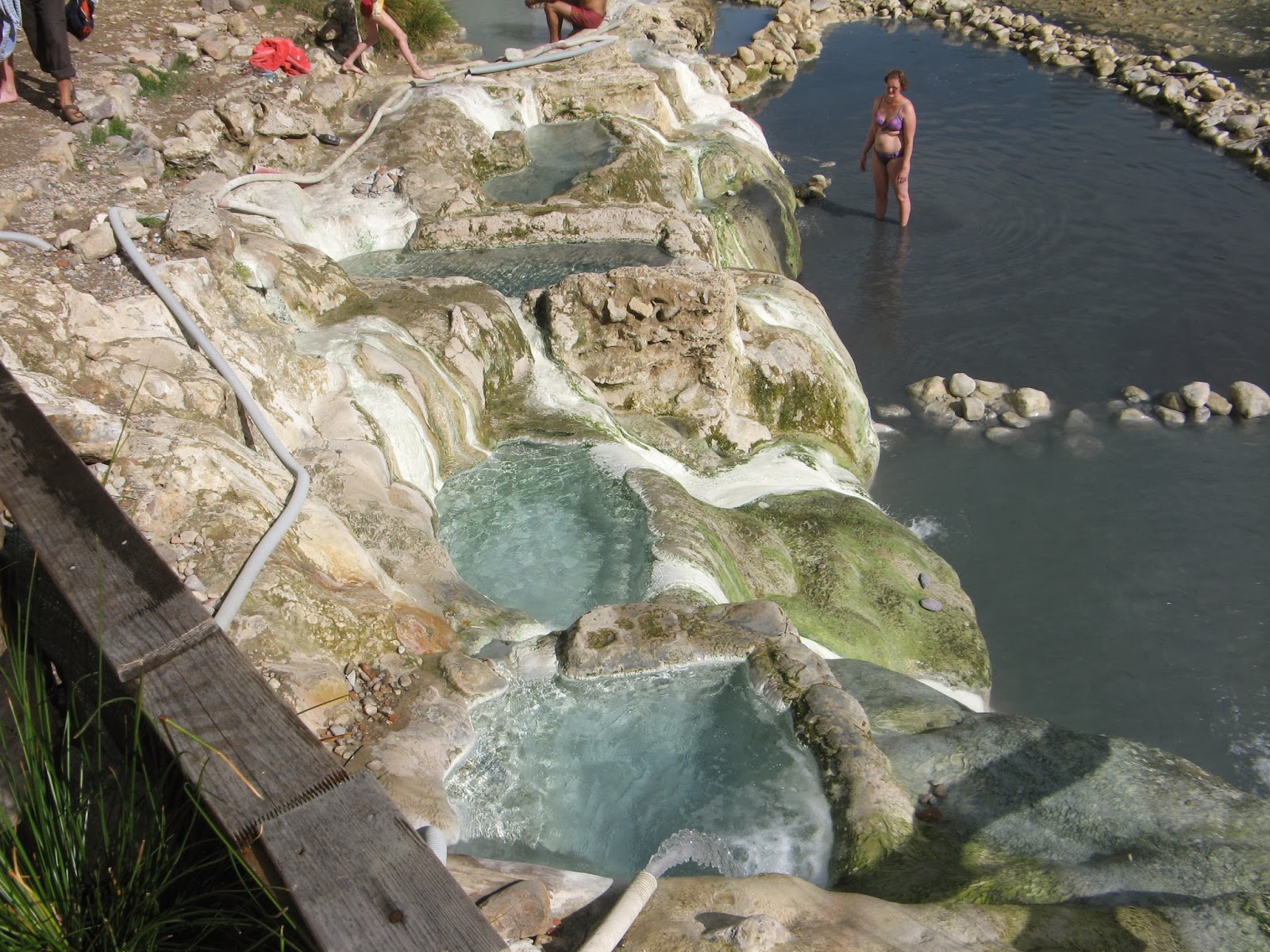 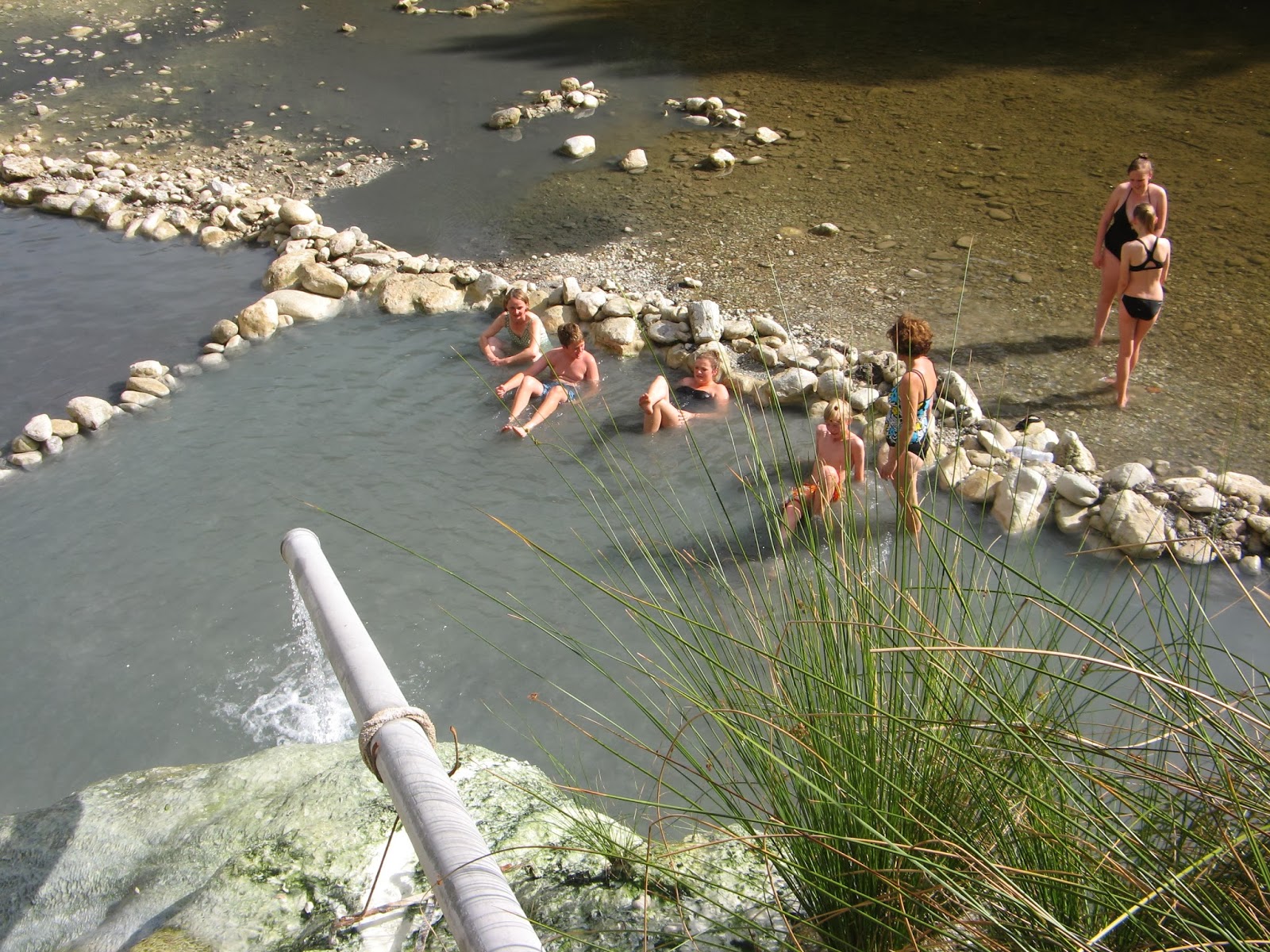 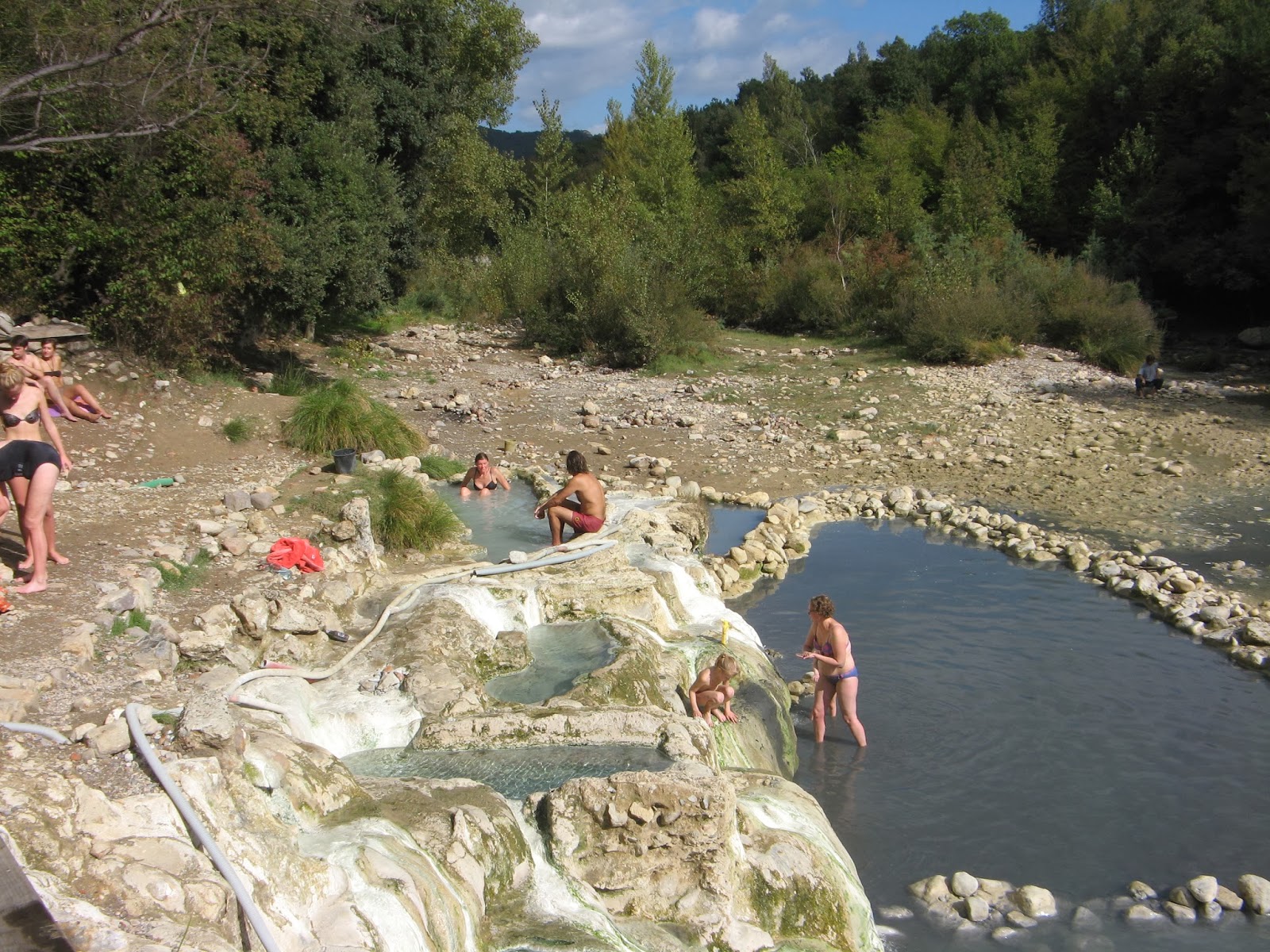 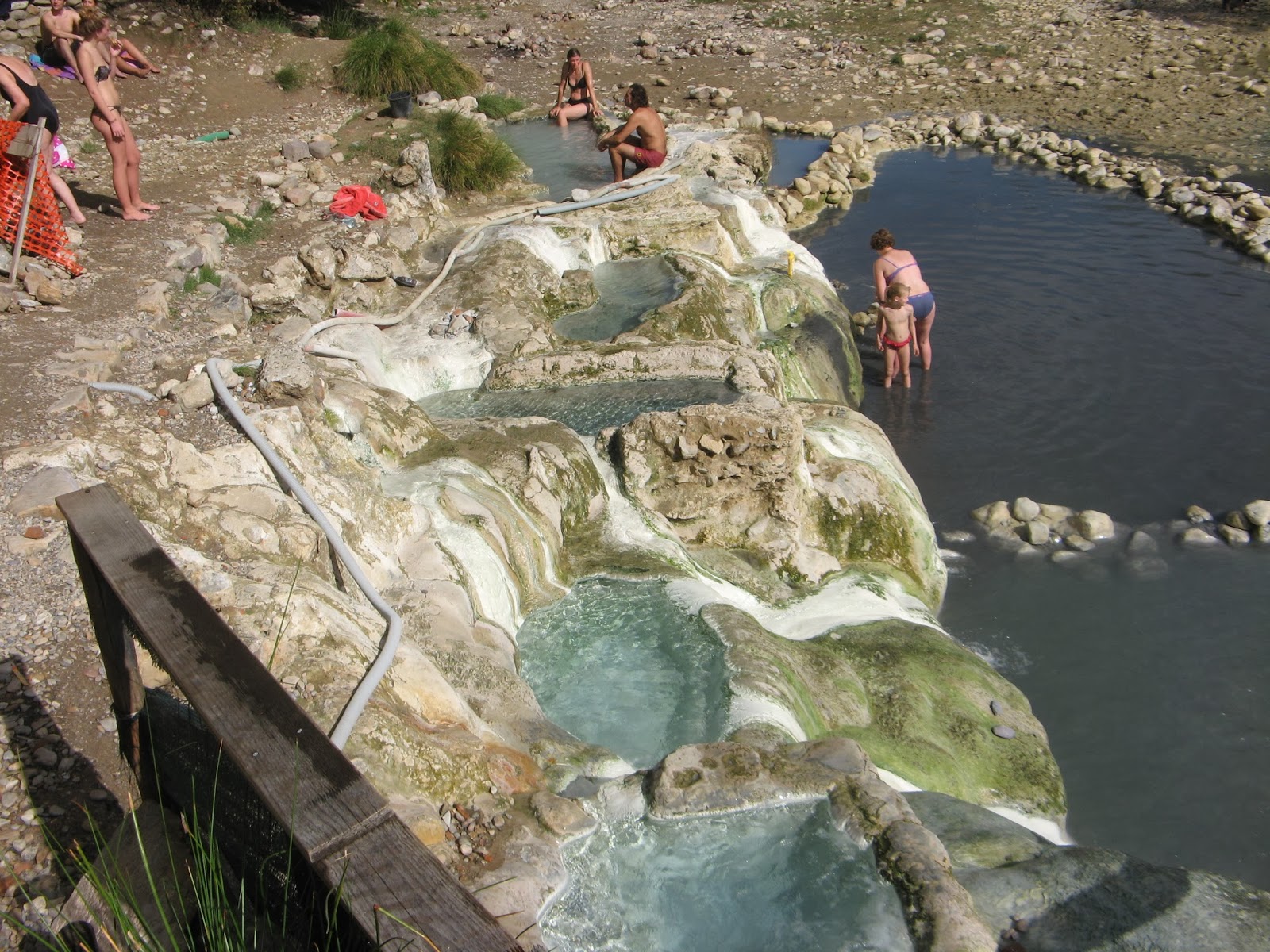 Our return to Chiusdino, a few kilometres from Montieri was much longer than expected as Nuvi sent us on a more than circuitous route almost causing us to have to go hungry. We were lucky to reach our chosen trattoria by 2.30 and were refused a choice of Primi Piatti because we were so late! However an antipasto and a secondi piatti sufficed. We have a few more “local” trips to make but are grounding Nuvi and resurrecting the map!